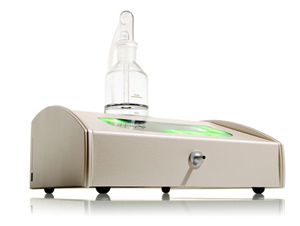 - The body's ability to control vital functions is
affected by all chronic illnesses, stress and increasing age

- Vital Air Therapy has been proven to improve this regulation system
-  The effectiveness of Vital Air therapy is greatly enhanced by the use of Vital Water - EZ Water (this technique has no analogues in the world).


What does Vital Air therapy NOT do ?
Supply the body with an unphysiologically high concentration of oxygen (up to 99% instead of 21%). Supply the body with more free radicals / reactive oxygen species (oxygen concentrator / as with ionized oxygen / ozone). Force reactions through substance intake.
What does the Vital Air therapy do ?
It improves the regulatory capacity of the autonomic nervous system and thus the basic control and regulation processes in the bodyIt improves oxygen utilisation, i.e. the use of oxygen in the cells for increased energy production (mitochondria – energy power plants). It improves the protective functions of the cells against free radicals by increasing the formation of their own protective enzymes by the body, without foreign substances being introduced.
We are actively working with scientists to introduce our therapy (Vital Air + Vital Water) for people with the Coronavirus !
Main applications: 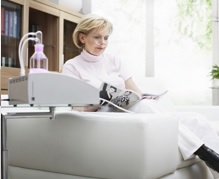 Chronic obstructive pulmonary  disease,  chronic bronchitis and   emphysema,   asthma, multiple sclerosis, macular degeneration, fibromyalgia, chronic fatigue syndrome, sleep disorder - sleep apnea, depression, metabolic syndrome, diabetes mellitus, cancer, parkinson's disease, alzheimer's, tinnitus and many other diseases*.
Vital Air Therapy is a non-invasive, alternative Activated Oxygen Therapy (Singlet Oxygen Energy) treatment that can help people with a wide range of health problems. It's completely natural, producing a bio-usable form of energised oxygen known as singlet oxygen energy. Vital Air Therapy is an Activated Oxygen Therapy which can help to relax the lungs and the  cardio-vascular system, and improve the body’s utilisation of oxygen by changing it into a  more energised form, which is more readily usable by the body. At the cellular level, the  body then uses this extra energy to more effectively do its jobs, and produce more ATP,  Adenosine Tri-Phosphate, the body’s energy currency.

The results of recent scientific studies show a significant improvement in well-being or complete recovery of people with cancer after joint therapy with Vital Air and Vital Water for three weeks (3-6 times a day). Cancer is just a pathological condition, not a fatal disease, as many say ! 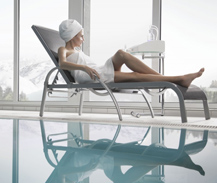 Anti-Aging / Reduce free radicals
The Vital Air device is designed to improve cellular activities, specifically by improving the body’s response to  oxidative stress. Just some of the benefits include:
- Protection against and repair of free radical damage
- Stronger immunity
- Improved utilization of oxygen and nutrients
- Improved cell energy production
- Improved cell metabolism
Whether your goal is to maximize vitality and quality of life or address an illness, improving cellular activity is essential.
Diminished cellular function is both a cause and an effect of chronic or age-related illness.
This makes it tremedously important to prevent or break any downward health spiral associated with oxidative stress. Whether the goal is disease prevention or to maximize vitality and quality of life, enhancing cellular response to oxidative stress is essential.
The results of recent scientific studies show that with continuous, daily therapy, Vital Air and Vital Water (1-2 times a day) the duration of human life can be increased by 40-45%. 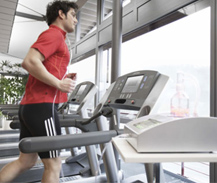 
The importance of ‘Singlet Oxygen Energy’ can be summed up in
the words of Dr.Klaus Erpenbach:

“Oxygen is the most important element in our life. Without food we can survive weeks, without drinking up to 5 days, but without oxygen only minutes ! Oxygen is the central part in each and every cell of our body. In our cellular power stations the oxygen is transformed into energy and so used for regeneration, repair and power - in every cell. Thus an optimisation of the oxygen utilisation by applying the Singlet Oxygen Energy (SOE) technology can lead to enhanced performance in every cell. Scientific studies proved that stress hormones are normalised under SOE application, you become more stress resistant, sleep better, are more relaxed in the mornings, and can start the day actively: well-tempered and with more power. Simultaneously the stress resistance affects the heart: by an increased heart variability and therefore improved performance. Another clinical trial showed that the use of SOE technology resulted in a normalisation of the blood pressure after 4 weeks. Also based on scientific evidence, the lung function and the physical fitness of patients with COPD or bronchial asthma could be clearly improved after 4 weeks; the patients even experienced better sleep patterns and lower blood pressure.“


Vital Air 5+® device - most powerful and versatile of all
Activated Oxygen Therapy machines in the world !
More info